Ric Galbraith is a multidisciplinary storyteller and science fiction writer. With over 20 years in the writing game, Ric’s background and portfolio is extensive, with a focus on mixed medium writing and collaborative projects since his first novel released in 2009. Ric continues to work closely with photographers, digital artists and musicians, and in recent years has produced work with Beeple, SignalNoise, Ozhichige, BakaArts, Torley and Baest, to name a few. He is now launching himself into the NFT space with his Tales From The Glitch collaborative project, bringing digital artists and musicians together around an expansive science fiction multiverse concept. 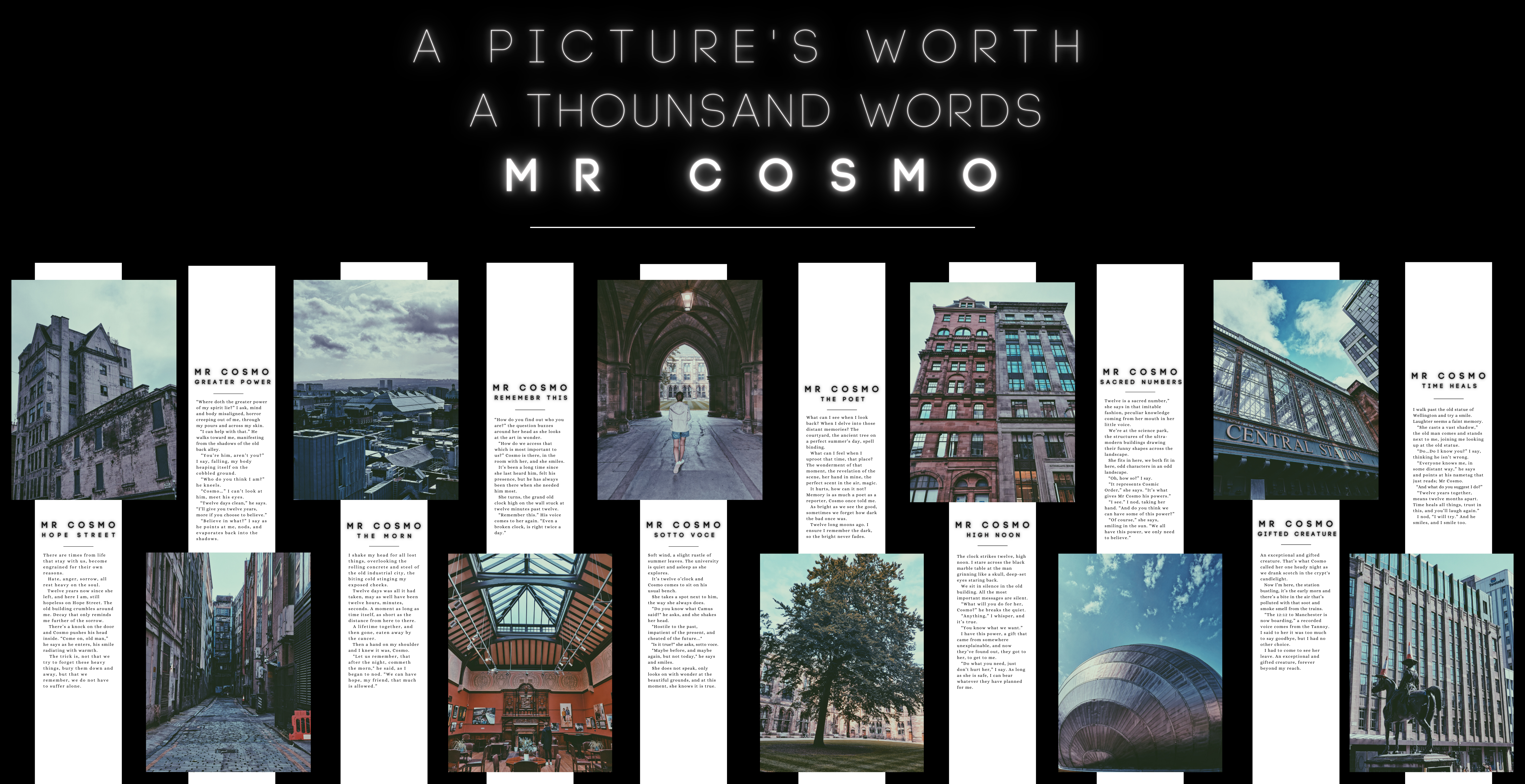 A Picture’s Worth A Thousand Words: Mr Cosmo comprises x10 one hundred word pieces of flash fiction, inspired by his own photography of the city of Glasgow, the number 12, and interlinked by a single character, Mr Cosmo. This concept is connected with the soon-to-be launched A Picture Tells: A Thousand Words flash fiction and photography NFT project curated and written by Ric.