simianAmber was once a furniture designer interested in reducing product to the barest of essentials. Bringing the same approach to art, he realised that an artwork requiring an essay to explain it begged the question as to which was more important – the art or the essay? Over a few years, this internal conflict led to him spurning the traditional artworks he was making and turning to the purest reduction of a conceptual art piece: the idea itself, and only the idea. He started publishing his pieces online in 2012 and now collaborates and publishes across various platforms. Fictional art...exists only in the mind of the reader. 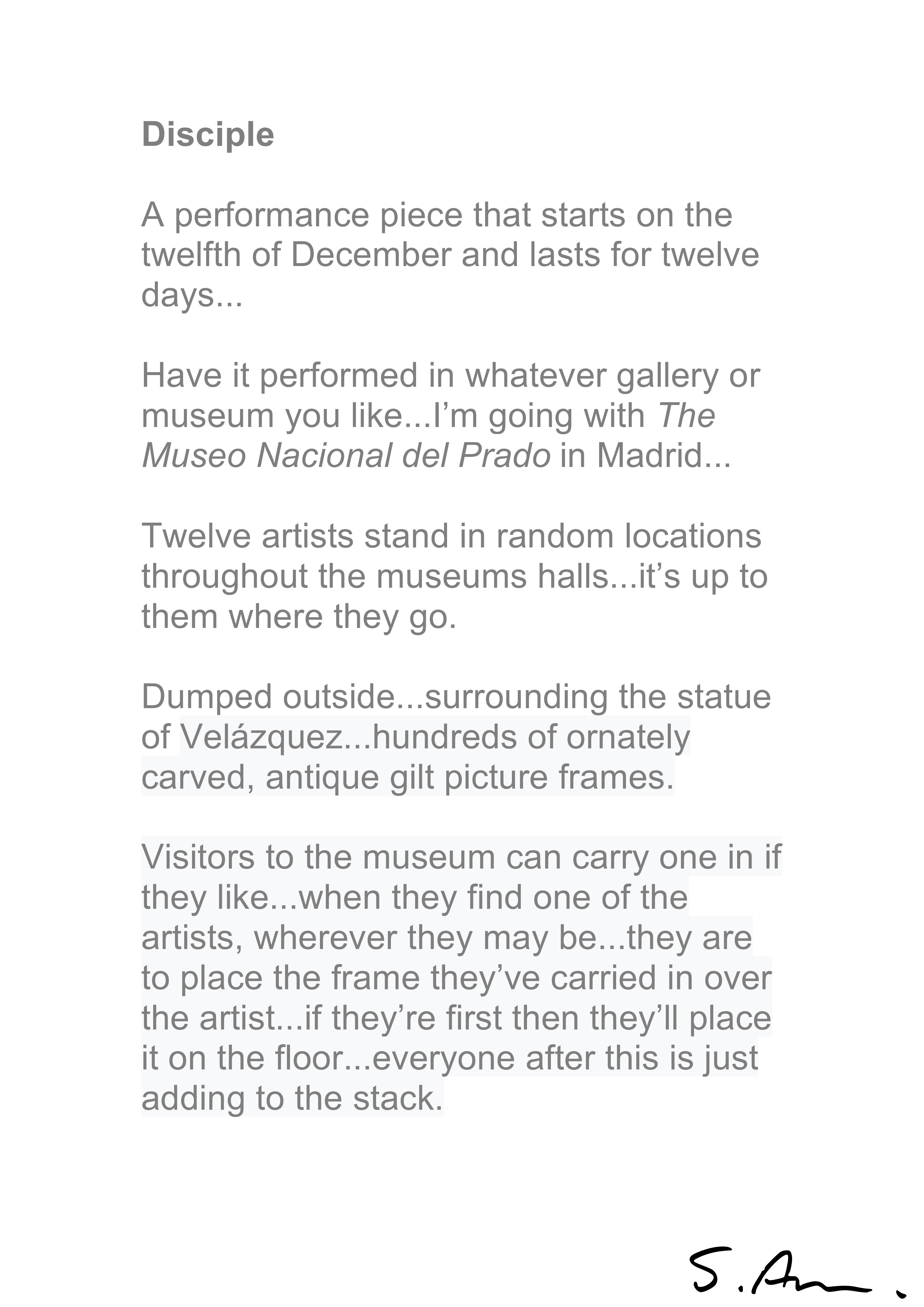 Disciple is a conceptual and fictional artwork created around the theme Twelve. It exists as an idea in the mind of the reader.