Justin Tagg is a multidisciplinary storyteller. His work is focused on undoing assumptions about what reality seems to be, so we can ask better questions about what it actually is. His most recent short film Mouse-X was described as “One of the best short films I've ever seen” by Matt Glasby, film critic at Total Film & Little White Lies. His first novel, Perivale, is due for release in early 2022, on the back of his metafiction art project, Devoid, about a square that vows to free itself from its 2D 24-bit canvas. Justin is the founder of HYPERREAL and HYPERREAL PRESS. He goes by 'DEVOID' in the NFT space. 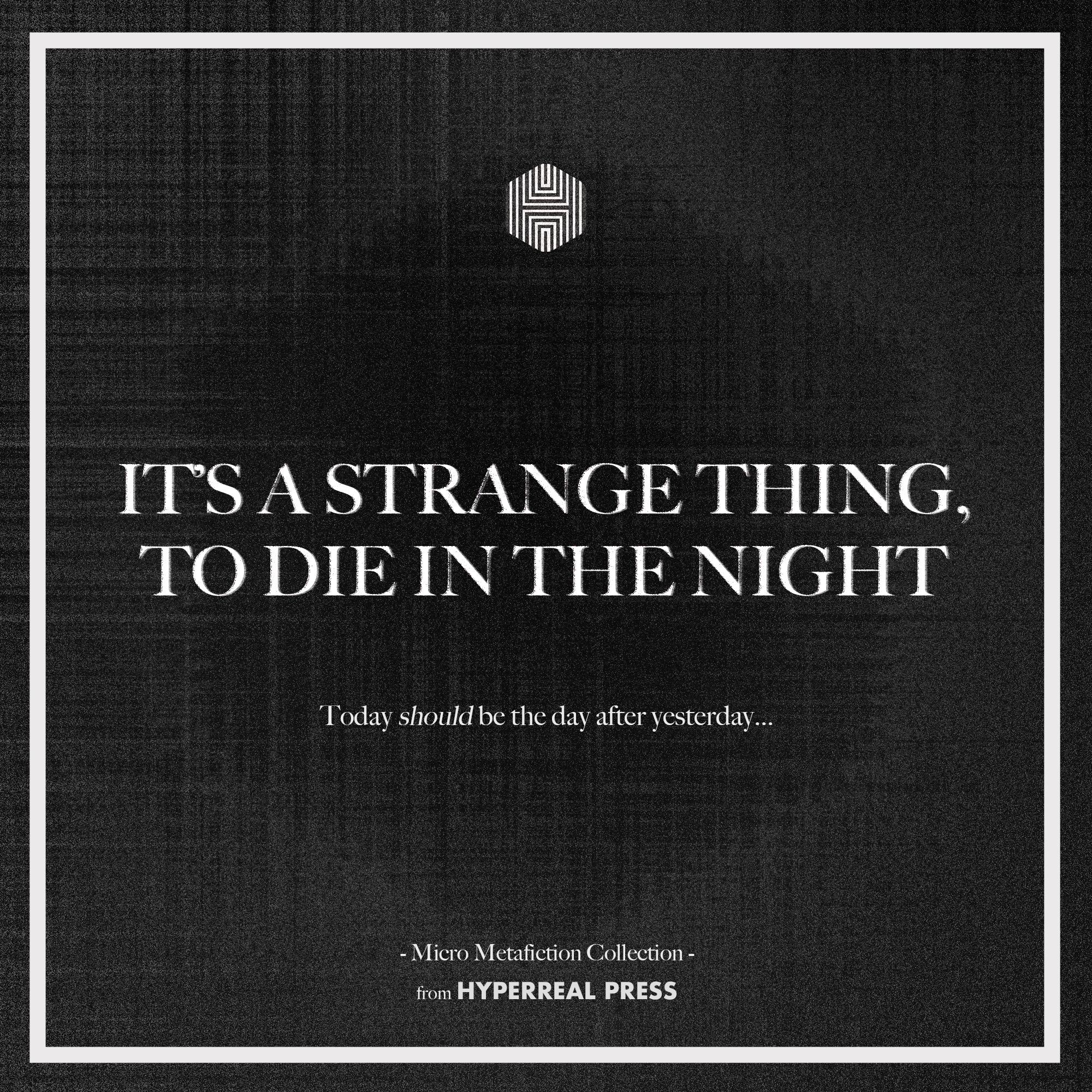 It's a strange thing, to die in the night asks: “Is today really the day after yesterday?”. It's story 001 in HYPERREAL PRESS new Micro Metafiction Collection - a series of short stories that pose big, bold questions in bite-sized tales. HYPERREAL PRESS is also home to The Dark Passenger Never Answered, a quarterly 'on-chain' micro-fiction collection.